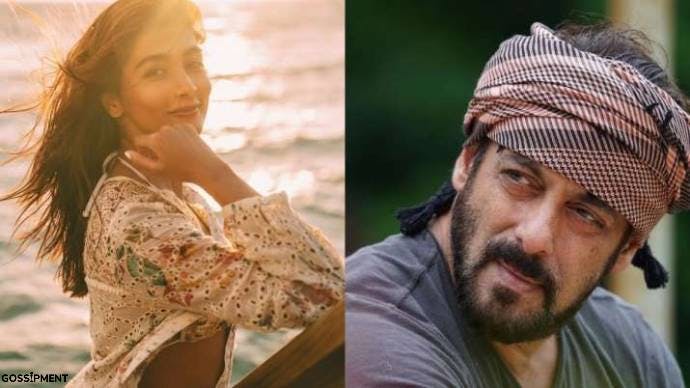 Salman Khan, Pooja Hegde starrer Kabhi Eid Kabhi Diwali, is going to hit the theatres in Eid 2023. Over several years, it has already become quite obvious that Salman Khan and Eid go hand-in-hand. The film will release under the collaboration with Sajid Nadiadwala, who earlier said that this movie would reflect a unique approach.

What Kabhi Eid Kabhi Diwali Is All About?

Kabhi Eid Kabhi Diwali marks the reuniting of Nadiadwala and Salman. Several reports say that a huge set has been created in Mumbai, and the team will be kickstarting the shoot soon.

Talking about the plot of the film, it’s going to be a family comedy centering on Salman Khan, Pooja Hegde, and Venkatesh. More stars will be hopefully joining the crew to play the roles of Salman’s brothers. However, a search is going to find a South Actress playing Venkatesh’s love interest.

What’s The Viewpoint Of The Creators?

Not much is known about the film, although Sajid mentioned in an interview, “ I had started writing this film even before I started with Kick 2. Salman and I are collaborating after six years, and it feels just like our Judwaa days. Kabhi Eid Kabhi Diwali is a film with a very different approach, and we are sure the audience will love to see Salman in the avatar we have planned. ”

Reports are saying that Sallu Bhai’s team will be starting the shooting this month only. We expect that the film will be crashing the box office because, after all, it’s Sallu Bhai’s movie. Let’s wait till Eid 2023 and see what new entertainment Salman and Nadiadwala have planned to bring for us.

Gangubai Kathiawadi: Alia Bhatt Met Real-Life S*x Workers From Kamathipura To Get Into The Skin Of Character?

Saili Ganguly is a content developer both by passion and profession. She loves to travel, read extensively and observe whatever happening all around. Her favourite niches are technology, travel, health &amp; fitness and beauty. She is an expert in creating SEO friendly content as well. At present she is working with a firm as a content executive.