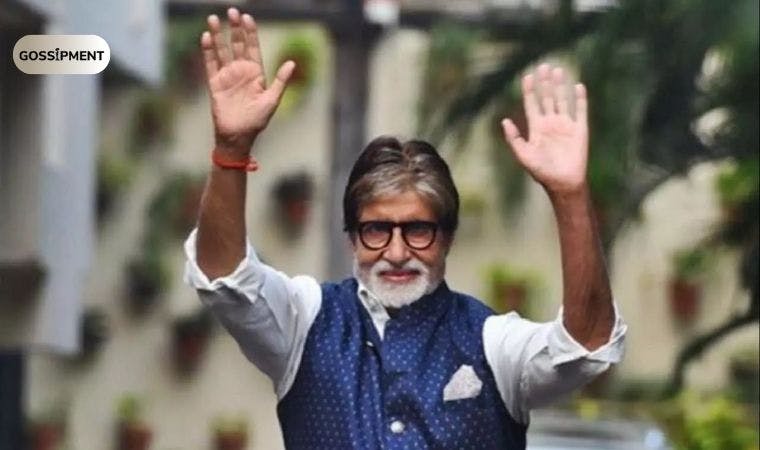 One of the most loved actors in Indian cinema is Amitabh Bachchan. He is a true example of a wine that seems to be getting better as it ages. He turned 79 today, but the birthday celebration is spreading a festive vibe all over the country. Fans, friends, and family members are celebrating this golden actor’s birthday with warm wishes on social media.

The 79th birthday bash of Big B went on to be a festive event all over the nation. Paps captured snaps of hundreds and thousands of fans gathering outside his Juhu residence late at night. They were cutting cakes for the veteran actor and were also carrying placards to wish him best wishes on his birthday.

His fans and his friends and family members flooded social media with all kinds of birthday wishes. As Amitabh Bachchan himself posted a quirky collage of him on his Insta handle, fans went crazy. Shweta Bachchan and Navya Naveli Nanda quickly responded to the star’s picture and posted heart emoji on it.

From Bhumi Pednekar to Ranveer Singh, many Bollywood stars wished the ‘Chehre’ actor a happy birthday. They commented on all sorts of appreciating stuff on Big B’s social media. It proves how much people of all age groups still appreciate rather than worship Amitabh Bachchan, and it is genuinely something to commemorate.

Recently, Big B’s movie ‘Chehre’ was released at the box office, and the film is doing good. He is also waiting for the release of ‘Brahmastra’ co-starring Alia Bhatt and Ranbir Kapoor. The star will also be seen starring alongside Deepika Padukone in ‘The Intern’ and Nag Ashwin’s ‘Project K.’ Apart from that, we will also see him in movies like ‘Jhund’ and ‘MayDay.’ Therefore, we also wish the actor a very happy birthday, and hope he continues to inspire the next generation with his fantastic film choices.

After Hrithik Roshan’s post for Aryan Khan, Kangana Ranaut Takes A Dig At Bollywood: All Mafia Pappu Coming To His Defense