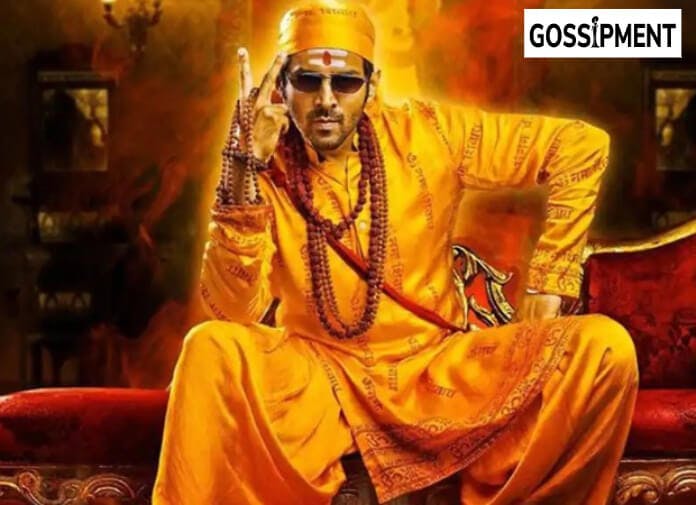 Kartik Aryan is the lead character of his upcoming movie  “Bhool Bhulaiyaa 2”, and he himself reveals his shots and feelings for this movie. Kartika also announced that the film is going to be published in November 2021. Along with this news, he also mentioned 19 of November, but it may get changed.

At present, he just finished his climax shot for the upcoming film. In his Insta handle, he posted this news on his story. There he has written that it was his 162 number shot that has been taken successfully. In the post, Kartik has come to audiences with a yellow cloak and along with the skulls and human bone.

In this film, along with Kartik Aaryan, the audience will see Kiara Advani as the female lead character. With her co-star Kiara, he wrapped up the final and climax shot. It is probably a piece of great news for him. Though he never revealed more about the film. The whole team is preparing for the final touch. This film is going to launch in the market within two months.

How Is The Audience Feeling?

Many of the audience has commenced on Kartik’s Instagram, and they are happy with this latest news of the film. From the set, he directly posted. We are sure that, when the film is released people will go to watch the movie in the movie theatre.

People are overloaded with happiness for this film. After Diwali, it will come in the movie premier.

This is going to be a horror-comedy film. You must watch this film to get entertained. In the first film, there were Vidya Balan and Akshay Kumar, and this time two new starts will come in the story. How do you feel about this film?

After  “Bhool Bhulaiyaa2 ”, Kartik will work for another film, “Freddy.” Ekta Kapoor will produce this film. There is no additional news about his upcoming film, and the date can increase to get more information about the movie.

But this time, you have to wait a few times. “Bhool Bhulaiya 2”, is just at the door. Just keep on cheering for this upcoming movie!