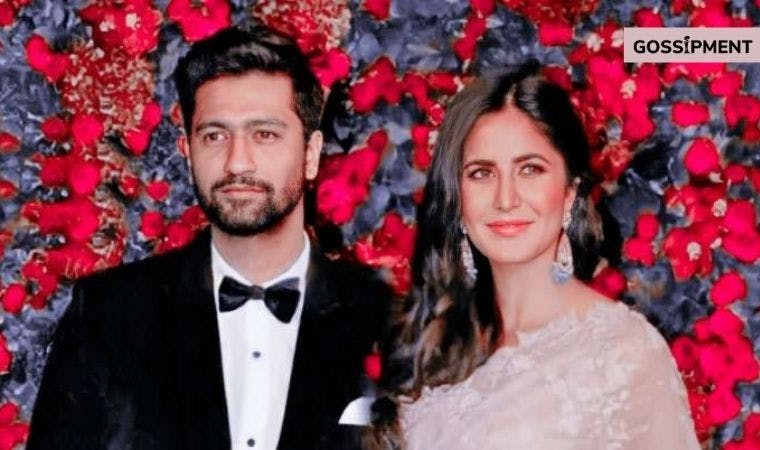 The dating rumors of Katrina Kaif and Vicky Kaushal have been hovering in the market for a long time now. But, recent speculations are also suggesting that the duo will get married in December. However, when Salman Khan’s father, Salm Khan, was asked to comment on this event, he simply dismissed the topic. So, let’s check out what’s happening.

Will Katrina Kaif And Vicky Kaushal Tie The Knot???

Katrina Kaif and Vicky Kaushal are often seen with each other at parties and other hangouts. But, the duo never affirmed their relationship status. However, earlier this month, we have heard that they would probably get married in December.

We have not got any confirmation from these superstars yet. However, we had also seen that when the media asked Salim Khan about these rumors, he neither confirmed the topic nor dismissed it. He simply said;

“What should (I) say about it since the media is left with only such issues to talk about.”

But, it seems like even the duo’s family members are also tight-lipped about this occasion. We have recently talked to Vicky’s sister Dr. Upsana Vohra, and even she said that whatever rumors the media is spreading about wedding dates are not valid.

She also said that such rumors often spread in Bollywood, and later it turns out to be something else. So, if Vicky and Kat decide to get married, they will indeed announce it to the press themselves. But, she talked to her brother, and there is no wedding taking place at the moment.

Vicky and Katrina are rumored to have been dating since 2019. But, in all these years, the duo never publicly acknowledged each other as each other’s partners. So, it’s apparent that they are not making an official wedding announcement yet to the media.

However, certain stars hinted that they were dating, and one of them was Ayushmann Khurrana. Recently in an interview, the ‘Article 15’ star said that Vicky is a Punjabi, so he can match up to the dancing skills of Katrina. It may not be a direct hint, but we are smart enough to judge what he meant, right?

Who Is Elizabeth Huberdeau?: John Cena’s Ex-Wife Biography, Age And Net Worth

15 Beautiful And Hottest Hollywood Actresses Of All Time

15 Beautiful And Hottest Hollywood Actresses Of All Time