Alex Rodriguez, usually referred to as ‘A-rod,’ is one of the greatest baseball players of all time.

Alex’s use of performance-boosting drugs tried to weigh his career down several times. But, describing this right-handed hitter’s sports career will require a better word than ‘interesting.’

So, who is this, Alex Rodriguez or A-rod?

To find more about Alex Rodriguez, one of the most extraordinary sports talents in history, you need to follow this article.

Who Is Alex Rodriguez? 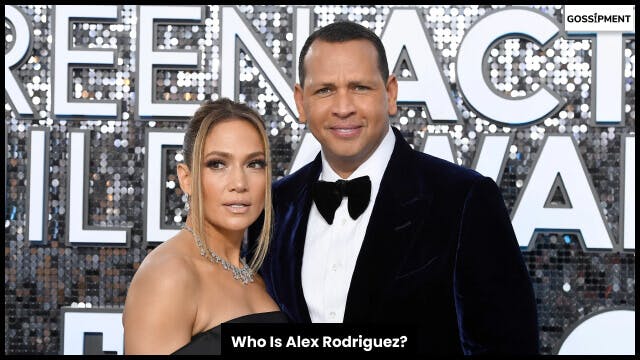 Alex Rodriguez is a former professional American baseball player. The power hitter is also a philanthropist and businessman. The CEO of A-Rod Corp, Alex Rodriguez, is also an investor at A-Rod Corp; he invests in all types of global business startups and real estate businesses.

Alex is also an owner of the National Basketball Achievements.

Alexander Emmanuel Rodriguez or Alex was born to Victor Rodrigues and Lourdes Rodriguez. The family moved back to Miami, Florida, from the Dominican republic. Alex became fascinated and expert at playing baseball during his time in Miami. His father, a shoe seller, was also a baseball player.

Alex looked up to Keith Hernandez and Dale Murphy as a kid. The New York Mets were his favorite baseball team. So, taking after his father, Alex also started to play baseball.

A-Rod started to manifest his baseball talent while in Westminster Christian High School. The young talent got selected in the MLB draft in 1993 by the Seattle Mariners. Alex debuted with the Mariners playing shortstop. 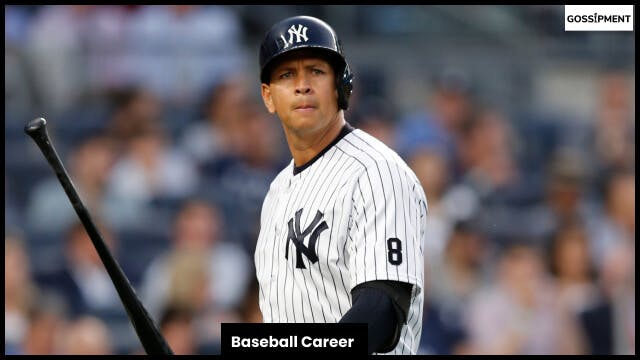 Alex Rodriguez had a long baseball career. He played from 1993 to 2016. His first success as a baseball player came in 1996. He made a league-best, accumulating a .358 batting average and 36 home runs with 128 runs batted in.

In 1998 Alex Rodriguez hit 40 home runs and stole 40 bases in one season, becoming the third player in league history to make that record.

During his time in the Seattle marines, Rodriguez was the youngest player to play in the major League for Seattle. He was also the third youngest major league shortstop since 1900.

Rodriguez signed a ten-year contract (worth $252 million) with the Texas Rangers in 2001.

He was a free agent at that time. Alex played offensive matches with the Rangers. At that time, this contract was the most expensive in baseball history. As of 2022, that contract is worth $332 million.

Alex had.295 average batting with 696 home runs and 2086 runs batted in during his baseball career.

In 2004 Rangers traded Alex to the Yankees for Alfonso Soriano. At that time, Rodriguez’s contract was continuing with the rangers. So the rangers agreed to pay him $67 million from his remaining $179 million.

Alex Rodriguez agreed to this trade and switched positions from a sports top to a third base.

He also had to change his uniform number. The baseball star was used to wearing the number three. Now, he wore the number thirteen.

Alex Rodriguez grew up with his two half-siblings from his mother’s side, namely Joe and Suzy. He also has a half-brother from his father’s other marriage. His brother is named Victor Jr, and he serves in the US Air Force.

In 2002 Alex married Cynthia Scurtis, a psychology graduate. The couple has two children, Natasha and Ella Alexander, born in 2004 and 2008.

Following several marriage problems, Cynthia filed for divorce with Alex Rodriguez in 2008. Cynthia reported emotional abandonment and other marital misconducts from her husband being the reasons for her divorce appeal.

Cynthia also alleged Rodriguez for having an affair with The American Pop idol Madonna. Although Madonna, married to the Hollywood director Guy Ritchie, denied the allegation saying she had nothing to do with it.

What Are Some Of Alex Rodriguez Accomplishments?

Alex Rodriguez, aka A-Rod, has accomplished several milestones during his baseball career. Here are some of his most highlighted accomplishments-

Is Alex Rodriguez On Shark Tank?

According to the announcement from CNBC, in the next season of Shark Tank, the former baseball power hitter is going to join the business people cast. Alex will be the first Hispanic to get featured as a Shark tank in history.

How Much Is Alex Worth?

The former Yankee baseball player, Alex Rodriguez, the current net worth is $350 million. His A-Rod Corp invests in the leading global businesses.

The player had a prolific baseball career and thrived in the business sector.

The 46-year former baseball player was on a winning streak throughout his baseball career. He inspires many young players and has been doing several philanthropic works.

The Hispanic baseball power hitter has contributed 43.9 million to the stadium renovation of Miami University. Currently, he is the CEO of A-Rod Corp.

Shahnawaz is a passionate and professional Content writer. He loves to read, write, draw and share his knowledge in different niches like Technology, Cryptocurrency, Travel,Social Media, Social Media Marketing, and Healthcare.